This blog hop probably has the cutest reasoning behind it. Beka from The Owl Approves is hosting an 18 week blog hop, one for every week until her horse’s 18th birthday! I have made it my mission to participate in all 18 hops, so bring it on. 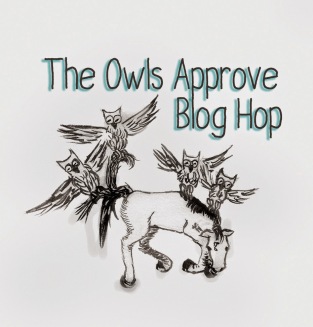 Week one focuses on the history of our horses, asking “Before you met, where was your horse?  Who bred him/her?  What do you know about his sire and his dam?  What do you know where he came from?  Tell me about the time before he had a trainer.”

Axcent’s history is a mysterious one. And one that is close to impossible to look up.

His sire is Axiom, a former Class I stallion from Germany who was imported to the United States and only had a small crop of foals before he was gelded to be a Children’s Hunter. His dam is Blades Sweet Gem, an unraced thoroughbred three generations away from Bold Ruler. Both pretty boring and photo-less (I did manage to scrounge up photos of Axiom but they were from a professional photographer and I am not about to dabble in plagiarism).

Ax’s big “claim to fame” is in the next generation back on his father’s side. His grand-sire is the one and only Argentinus. He is a very well known Hanoverian stallion in Germany with a plethora of awards and achievements. In 1996 he was the youngest millionaire, measured by the prize money his off-spring won, among Germany’s stallions and is now the most successful sire still active in breeding in Germany. He was known for producing top level performance horses in both showjumping and dressage. In 2005 he was named Hanoverian Stallion of the Year and he passed away to cancer two years later.

I have no clue as to who bred him, but I do know that it was somewhere in the North Carolina/Virginia area.

This is where his history gets murky. A woman was purchasing horses to be trained and re-sold by two trainers in Virginia and Ax happened to be one of them. Said trainers turned out to be caught in a case of conspiracy to commit fraud and swindle of livestock, and the woman was then stuck with her horses and had nothing to do with them. A few years later he was sold to his last owner, I’ll call her M, who trained with my high school equestrian team coach, G. M was boarding Ax at our current barn when we first moved our other two horses there. The opportunity came to lease him for the summer of 2013, and in the meantime he was sold to G when M purchased a new horse. I ended up purchasing him that August, and here we are now.

There you have it, the history of Southern Axcent. Or at least as much as I can dig up.

Check out the other blog hoppers here: An InLinkz Link-up!