After such a gross horse show the weekend before, a hunter pace was just what Ax and I needed to have some fun while we are stuck in this awful rut. This one was rumored to have small, adult ammy-friendly jumps and some pretty views, so Ax and I jumped at the chance to go—literally.

The ride began with me mounting behind the saddle as Ax trotted away (note to self: start working on standing still while mounting) and then realizing that our tickets, pinny, and time card were all still in the trailer. Unlike the last hunter pace we went on, there wasn’t a wait to start since we were riding out later in the day, so Ax didn’t have a chance to get too antsy and pull my arms out of their sockets. He settled the second we set out with only the occasional spook at random rocks. 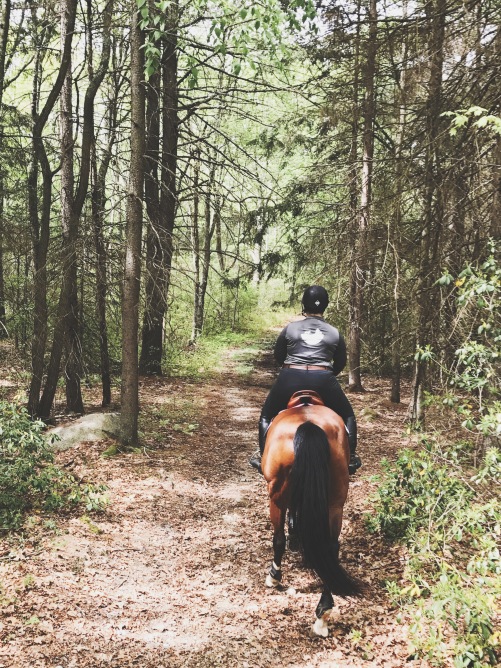 The majority of the ride was on a wide path that was perfect for trotting and cantering, with portions on narrow trails in the woods and a few street crossings. The second part of the ride was mostly in the woods and pretty rocky compared to the rest, so we spent the last half walking. There were a few small bridge crossings that went over a creek that Ax wasn’t too sure about and a wooden bridge atop a dam that we only got across because the people behind us’s horses couldn’t have cared less about the giant waterfall coming out the backside of it. Though my tracking app says otherwise, the whole thing felt pretty straight with some slight hills here and there. 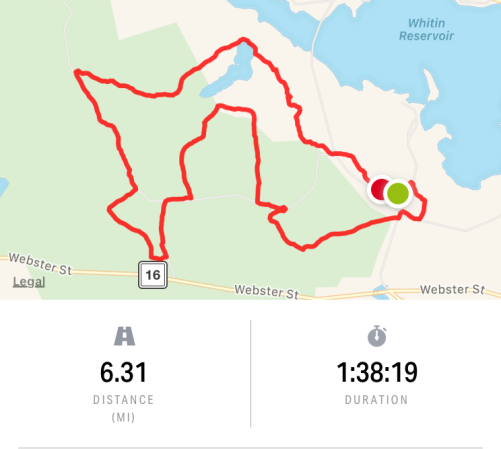 Ax was spookier than normal, but it isn’t everyday that we are cantering through the woods. As usual, we spooked at the woman and her chair that were sitting at the halfway checkpoint. Random boulders and rocks sent him sideways a few times, but the only nasty spook was a few minutes in and I’m pretty sure it was because something flew out of the trees. 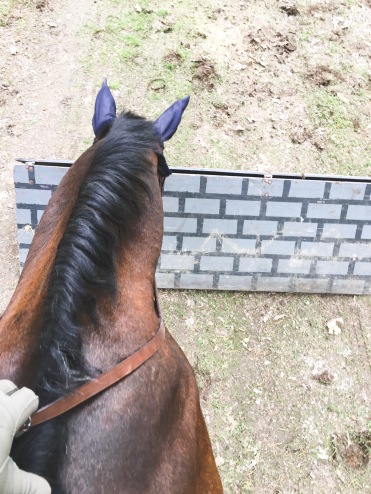 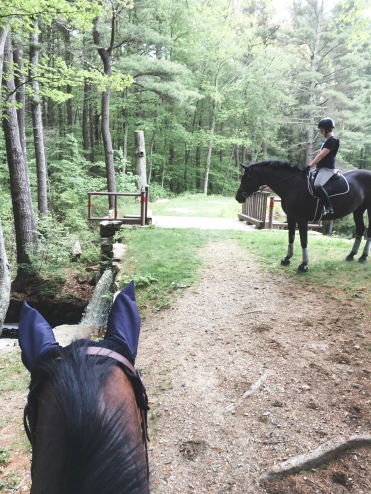 The other scary element we encountered was something we see everyday—jumps. 95% of the fences were 2′-2’3″ stacks of logs or poles, jump fillers, and tiny coops. Without fail, each time we would round a corner to a jump in the path, Ax would hesitate and flip his ears back like, “Um, is that supposed to be there?” After having a little discussion by the first tiny coop that was apparently a monster, we went over most of them except for two larger coops that we happily went around.

We did have a few stops that set our time back quite a bit along the way, both voluntary and involuntary, and one of them being Ax getting a giant stick stuck under his shoe which took ten minutes of tugging, and some swearing to get out. Then we had to leave the path to find a rock big enough to get back on and the closest one was conveniently by a very spooky, empty hut that was randomly in the middle of the woods. 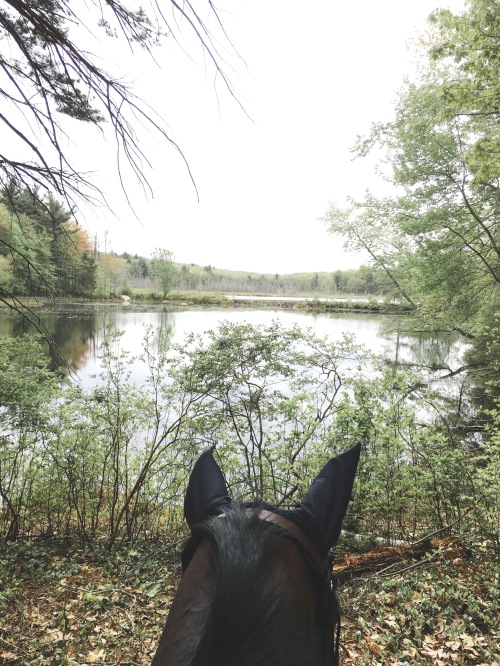 In the end, it took us 1 hour and 38 minutes to compete the 6.3 mile ride and we came in a little over twenty minutes over the optimum time for our division—oops. We stuck around for the awards to hear the optimum time, stayed long enough for two horse’s to get loose and head back into the woods (they were found shortly after), and then packed up to go home. Ax ended the day in his Back On Track Mesh Sheet with poulticed legs and feet so he wouldn’t feel as sore as I did. 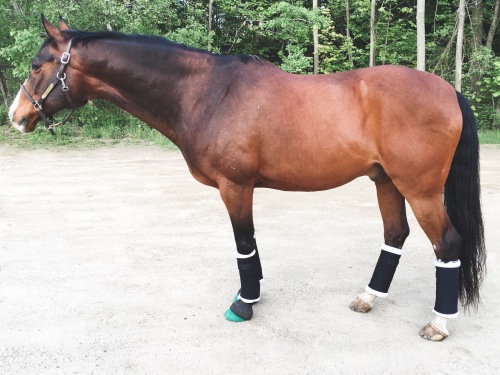 I often forget that a hunter pace is a competition because Ax and I just love getting to leave the property and meander through the woods. But next time we will be bringing home a ribbon.